As age progresses, there may be a possibility that people might suffer from cognitive impairments. Alzheimer’s disease is one such condition. This neurodegenerative type of dementia is a non-curable disorder in which the death of brain cells causes memory loss and cognitive decline.

As time progresses, the disease gets progressively worse and seriously affects a person’s ability to carry out daily activities such as decision-making ability, language, and other critical skills. Moreover, various reports have stated Alzheimer’s as the 6th leading cause of death in the United States. An estimated 5 million Americans are living with this non curable disease.

Due to its relation with cognitive impairments, loss of memory is one of the earliest signs/symptoms of Alzheimer’s. To treat the symptoms of Alzheimer’s disease, there is need to diagnose the stage of the disease’s condition. These stages are the progression of the condition and they include – the mild stage, moderate stage, and severe stage.

It has been reported that Alzheimer’s can be effectively diagnosed only after the death of a person. This can be done by performing an examination of brain tissue and pathology in an autopsy. Fortunately, the previously mentioned option is not the only solution as doctors have developed various methods to diagnose the severity while the afflicted person is still alive. Doctors may ask certain questions and perform tests on the person to diagnose the condition. After diagnosing the condition and its stage, doctors may prescribe a treatment plan.

A fact is that Alzheimer’s disease can’t be cured, but the symptoms can be improved and well managed by medication and attentive care.

Medication:
There are various medicines for Alzheimer’s disease, as these help the diseased person for some time at least to improve his/her memory and other cognitive changes. Medicines for Alzheimer’s include Cholinesterase inhibitors and Memantine. These drugs that are widely prescribed by the doctors to treat the cognitive symptoms. Moreover, medicines like Rivastigmine and Galantamine also help Alzheimer’s patients in lessening the severity of their symptoms.

Also Read: How to Switch Over to the Cavemen Paleo Diet!

Role of a care giver for Alzheimer’s disease:

It’s very hard to accept that your loved one is suffering from Alzheimer’s disease because it not only changes the sufferer’s life, but your life too. Giving care to a loved one who is suffering from a disease like Alzheimer’s is very tough. For this you have to be very strong, as sometimes the reaction of the patient may hurt you physically and emotionally. So, must try really hard to not get frustrated by the behavior of an Alzheimer’s patient.

A proper support network of family and friends can help the care giver cope with the stress related to caring for the Alzheimer’s patient. There are some important steps that caregivers may follow to support the afflcited person’s sense of well-being and ability to function:

• Communication – Communicating properly with an Alzheimer’s patient and with the medical team is the important role of a caregiver. You should act as the voice of your loved one because you are the only person who will notice the changes in behavior or reactions to medications.

• Daily activities – As a caregiver, you have to assist the patient in performing his/her daily activities such as feeding, bathing, dressing, exercising, and sleeping.

• Monitoring the drug schedule – To treat the condition, doctors may prescribe tranquilizers, antidepressants, and sleeping aids, as such medication is supportive and slows down the progression of the disease. So, caregivers should take the responsibility to provide timely medication.

Alzheimer’s caregivers and housing decisions:
Alzheimer’s is a difficult and progressive disease, and no caregiver can handle these responsibilities on their own. Given mentioned is the housing and care option that is available for your loved ones.

• Home placement of a nurse – This may sound simple, but it’s a hard decision for the family who is thinking about it. Hard decision here mean that they need to consider their finances and other issues before hiring a nurse. Also it’s no surety that the caregiver, you are hiring will be emotionally or physically competent to provide utmost care because even with the best care, the patient’s condition with Alzheimer’s may decline.

People suffering with Alzheimer’s need dedicated care and attention. It is a fact that caregivers may sometimes feel burned out eventually. At any point when you can’t cope, you should need to ask for help. Don’t hesitate to reach out to family, friends and other organizations that are available to you.

Must Read: Boost your Brain by Having Cognitive Enhancers

Allergy is a hypersensitivity disorder of the immune system. Generally, the immune system of people with allergies react to harmless foreign substances in the environment like pollens, molds, dust mites,… 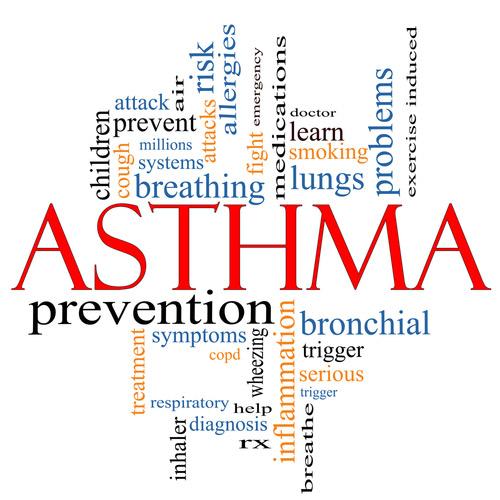 How Safe Are Asthma Drugs?

Asthma is a life-threatening disease characterized by the inflamed or swollen airways. This disease can cause wheezing, chest tightness, coughing or difficulty in breathing. People are concerned with the safety issues after…