Asthma affects around 19 millions of adults and 7 million children in the United States of America. A worsening of the condition is one of the commonest reasons for hospitalization in children. Treatment requires multiple agents, including inhaled medications. Asthma inhalers are extremely effective when delivered directly to the airways in the lungs. The inhaled medications for asthma cure quickly relieve airways swelling and rapid breathing issues. The device that has been developed to deliver asthma medication to peripheral airways effectively is nebulizer.

A nebulizer is a device that changes asthma medication from the liquid to the finest mist so that it can be inhaled more easily into the lungs. Asthma nebulizers are particularly effective for infants and small child. It can also be prescribed for other people who have difficulty using an asthma inhaler. Nebulizer treatment can also be called as breathing treatment. Several medications are available for immediate relief and complete asthma management. Medications including Levolin, Budecort, Ipravent, Duolin, Asthalin and Budesal respules are available for use with the nebulizer. All these medications are available at alldaychemist.com at an affordable price.

Many clinical studies have demonstrated that for mild to moderate asthma exacerbations, administering asthma medication via nebulizer is an effective way to directly target the airways. A majority of physicians frequently prescribed nebulizers treatments for patients with asthma exacerbations because they cost less and do not require maintenance or a power source.

The most popular way for children with asthma to get their medications is an asthma nebulizer. The child or an infant usually gets the asthma medication by breathing in through a mouthpiece or a face mask. The procedure takes around 10 to 15 minutes, and the technique must be used several times a day to get relief from asthma symptoms. A nebulizer uses oxygen or compressed air to vaporize liquid medication into tiny aerosol droplets. These droplets are a mixture of gas and liquid particles. The nebulizer machine allows for immediate relief of many breathing conditions.

Who Needs A Nebulizer?

Individuals who suffer from asthma, cystic fibrosis, or other respiratory issues often use a nebulizer to help them breathe. When an infant or a child gets a cold or a cough, the physician prescribes respules which are best delivered through nebulizers to solve breathing issues in children.

According to experts, thousands of people with asthma could be at risk from unsafe nebulizers.  Yes, you have heard right! The devices which ease asthmatic breath could be putting you at high risk by nor delivering the asthma medication properly.

The Aquilon + has been recalled for failing to meet the safety regulations. According to the Medicine and Healthcare products regulatory agency (MHRA), four models of Aquilon nebulizers are affected. Many people living with asthma could be using asthma nebulizers as part of their asthma treatment.  The MHRArequest people with a lung condition to not use it if they have the same nebulizers. The Aquilon series does not have CE certification.

People with a respiratory disorder need to inhale medications that directly target their airways in the lungs to relieve the symptoms and prevent life-threatening attacks. Asthma medications that are meant to be inhaled can relieve breathlessness, and tightness in the chest in asthmatic patients.

A majority of people with asthma and other lung conditions uses inhalers, while many rely on nebulizer machines for asthma cure.

If your nebulizer is among the affected ones or those that are warned to avoid, stop using it and talk to your physician for advice on what to do. The affected models include Aquilon2, Aquilon, Aquilon+ and Aquilon Pro series of nebulizers that have been manufactured in 2015.

According to clinical research, small children with respiratory tract infections such as pneumonia are more likely to develop asthma and weak lung function in later life. 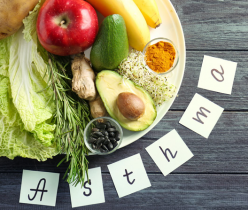 What Foods can Trigger Asthma?

Asthma narrow airways make, them swell and produce extra mucus. This condition makes breathing difficult and trigger coughing, wheezing, and shortness of breath. For some people, asthma is a minor…