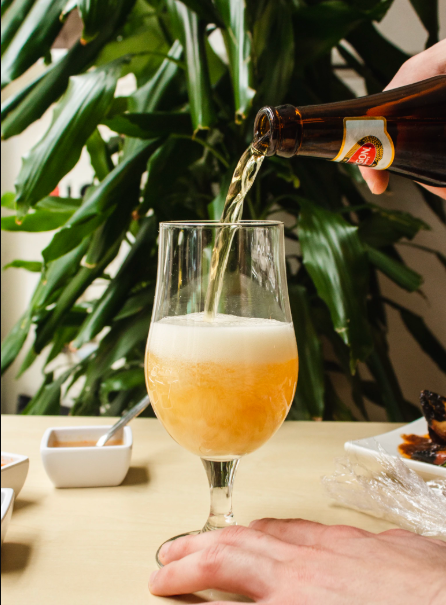 Drinking even a little alcohol can make your stomach produce more acid than usual, which can cause gastroesophageal reflux disease (GERD). Treatment for GERD varies and depends on how severe symptoms are. Lifestyle changes and medicines can help ease the side effects of alcohol on the stomach.

Most medical professionals agree that alcohol increases the risk for acid reflux and advise no to drink too much. However, a direct link between alcohol consumption and acid reflux has not been established in the research studies, and there are mixed results. In general, it is wise to stay away from excessive drinking because it can cause extensive damage to the body. Keep on reading to know about how alcohol triggers acid reflux?

Those who like to drink after a tiring day at the workplace or those who cannot imagine a hot sunny day without a chilled beer in their hands, the idea of giving up alcohol can be challenging. But it is important to get aware of the fact that alcohol is a common trigger for acid reflux. While alcohol doesn’t bring acid reflux in everyone., it can worsen the symptoms in those who already have this stomach issue. Acid reflux or gastroesophageal reflux disease (GERD) occurs when the stomach acid starts moving backward from the stomach into the esophagus. If stomach acid travels to locations where it should not be, or if it is overproduced, one can start experience symptoms of GERD. Common symptoms of GERD are burning in the chest, cough, chest pain, difficulty swallowing, burping and disrupted sleep. Stomach acid plays a vital role in providing nutrition to the body. It helps digest and absorbs nutrients from the food. Alcohol can aggravate these symptoms of GERD. If any of these symptoms trouble you to an extended period, fix an appointment with your primary health care provider. A health care professional can diagnose GERD and help you get rid of the condition.

Side Effects of alcohol

The association between alcohol consumption and GERD has not been established yet, but medical professionals believe that alcohol can cause an inflammation of the stomach lining, or damage lower esophageal sphincter (LES). Although lots of different things may contribute to health complications, experts believe the improper function of LES is one of the major causes of GERD.

Alcohol is thought to be an irritant to the lining of the stomach, which causes swelling and redness. In some case, this type of damage is a result of an infection, but the use of excessive alcohol can make it, and it can be called as mechanical damage. Chronic alcohol consumption causes long term inflammation, which is a risk factor for tissue damage, ultimately leading to a certain type of cancers, cell death, or autoimmune disease. Cell death is not life-threatening as cells die every in our body, but chronic inflammation makes it difficult for them to replace by the new ones.

Alcohol can also weaken or damage the LES. The esophagus is a tube-like structure which leads from the mouth to the stomach. Several muscles play a role in pushing food down from the oesophagus, but the mixture of food and acid should not travel back in our esophagus; otherwise, it may lead to vomiting. LES is a muscle present at the junction of your esophagus and stomach. According to some research studies, alcohol impairs the function of LES, reduces its ability to contract or close which is the primary cause of bringing back the swallowed food into the mouth.

The side effects of alcohol have not finished here. Barett’sesophagus is a rare condition but severe symptoms of GERD. Drinking too much can worsen Barett’sesophagus. The rare disorder of esophagus changes the cells of the lower esophagus. The condition is a great risk factor for esophageal cancer. If you drink alcohol and even though you suffer from Barrett’s esophagus, you may be putting yourself at the risk of esophageal cancer.

Also Read: No more heartburn: how to control acid reflux

You might have heard about several suggestions for how to avoid an upset stomach, ease the side effects of alcohol on your stomach. Some of these include not mixing drinks, not mixing pain killers, eating tips, drinking plenty of water, etc. Let’s check out if any of these words:

To keep away from health risks of alcohol, consider not drinking more than 14 units a week regularly. If you can quit your habit of drinking, then try and spread your drinking evenly over three or more days. Following more than one or two heavy drinking episodes can increase your risk of death from a long-term illness or stomach injury.

Alcohol may or may not cause GERD, but it probably can make your condition worse. Treatment for GERD depends on the severity of symptoms.  You should limit alcohol consumption if you are already suffering from this stomach disorder and get medical help to get rid of the complication. Drinking too much alcohol, regardless of whether you have acid reflux, can have several long-term health issues. One may also develop addiction or alcohol dependence. If you are concerned about your alcohol consumption and want to quit the bad habit, talk to a health care professional and receive help as soon as possible. You may be advised to appear in counselling programs that help you learn many effective ways to beat the bad habit. 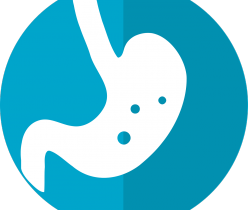 Gastrointestinal reflux disease or Acid reflux (GERD) is a digestive tract disorder that occurs when acidic stomach juices, fluids, or food reverse back from the stomach to the oesophagus. People…