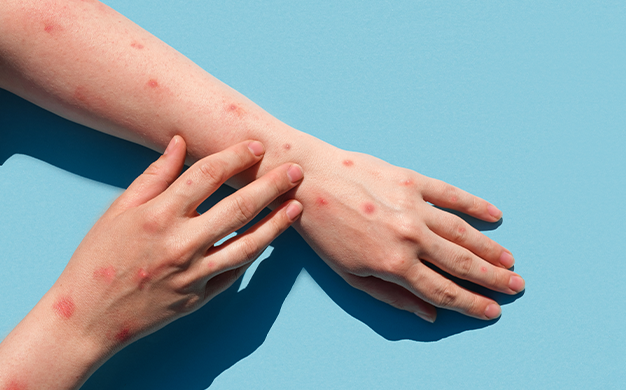 Monkeypox is a zoonotic viral disease with symptoms like smallpox, with less clinical severity. It causes symptoms that are like flu, such as fever, chills, and a rash that can take weeks to clear. There is no proven monkeypox treatment, but it usually resolves independently.

What is Monkeypox, and how common is it?

Monkeypox is a zoonotic disease with transmission primarily occurring from animals, such as rodents, and primates, to humans. It causes rash and flu-like symptoms. The viral disease was discovered in 1958 when two outbreaks of a pox-like disease occurred in the group of monkeys being used for research. It spreads through human contact with infected rodents but can sometimes be spread through skin-to-skin contact with an infected individual. Monkeypox virus infection is rare, but the number of cases is increasing in Africa and regions that haven’t seen this viral infection before. The clinical representation of Monkeypox resembles that of smallpox, a related orthopoxviral infection announced eradicated worldwide in 1980. The disease is less contagious than smallpox and causes less severe symptoms. The virus can be transmitted from one person to another by close contact with body fluids, lesions, respiratory droplets, and contaminated materials such as bedding.

Who can get Monkeypox?

Anyone can get the monkeypox virus infection. In Africa, the virus mostly affects children under 15 years old. Outside of Africa, the disease is more commonly seen in men who get sexually involved with men, but there are many cases in people who don’t fall into that category.

Symptoms of Monkeypox are quite similar to symptoms of smallpox but milder, and the disease is rarely fatal. Monkeypox has no relation to chickenpox. After exposure, it may take several days to a few weeks before you experience symptoms. Rarely symptoms include flu-like symptoms.

Symptoms of monkeypox virus infection can include:

After a few days, a rash develops. The rash appears as pimples or blisters on the face, inside the mouth, and on other body parts, like the hands, chest, feet, genitals, or anus. Initially, the rash starts as a red, flat bump which can be painful. Those bumps progress to blisters that are filled with pus. Gradually, the blisters crust over and fall off. This whole process can last two to four weeks. Some people also develop sores in their mouth, vagina, and anus. Not everyone who gets Monkeypox develops all the symptoms. In the current 2022 outbreak, many cases are not following the usual pattern of symptoms. This atypical presentation includes a few lesions, less fever, no swollen lymph nodes, and other signs of illness. You can have it and not be aware of it. But even if you don’t see many signs of infection, you can still spread it to others through prolonged close contact.

The rash goes through different stages until healing completely. The condition typically lasts for 2 to 4 weeks. In some cases, a rash appears first, followed by other symptoms. Others only develop a rash.

How do you get Monkeypox?

Monkeypox spreads when you come in contact with an infected person or an animal. Animal-to-person transmission happens through broken skin, like scratches, bites, or direct contact with an infected animal’s body fluids, blood, or pox sores. The viral infection can spread from person to person, but it’s less common. Person-to-person transmission happens when you come in contact with the infected person’s sores, respiratory droplets, scabs, or oral fluids, usually through close intimate situations like cuddling, kissing, and sex. Clinical research is ongoing, but researchers are unsure if the virus is transmitted through vaginal fluids and semen. One can also get this viral infection by contacting recently contaminated materials like bedding, clothing, and other clothes used by an infected individual.

Is Monkeypox a serious threat?

The less severe West African clade is causing the current 2022 outbreak. The illness can lead to other problems like pneumonia and infections in your brain or eyes, which can be life-threatening. Moreover, according to news, some deaths have been reported so far in the current outbreak, and thousands of cases have been reported globally.

How to protect yourself?

If you experience symptoms of Monkeypox, there are over-the-counter solutions that can help you feel better. These medications include:

There is currently no approved Monkeypox virus treatment. Antiviral medications may help but haven’t been studied as the main Monkeypox treatment. Some antivirals with activity against Monkeypox are available, but they have still been investigated in studies.

Monkeypox virus infection is usually a self-limited illness with symptoms remaining from 2 to 4 weeks. It is a rare condition caused by infection with the monkeypox virus, a virus that belongs to a family of viruses such as smallpox. It can be mild or severe. Monkeypox disease is transmitted to humans through close contact with an infected individual, animal, or material contaminated with the virus. It typically presents clinically with fever, rash, and swollen lymph nodes and may lead to various health complications.

Types of Breast Surgeries for Men

Breast cancer is rare in men, and this occurs less than one out of 100 cases. The growth of abnormal cells develops in the small amount of tissue found behind…