Allergy is a hypersensitivity disorder of the immune system. Generally, the immune system of people with allergies react to harmless foreign substances in the environment like pollens, molds, dust mites, foods, animal dander, and some medication. These substances are known as allergens. Reports mentions allergies as among the most common problems in the United States. One out of 10 Americans suffer from common allergies.

Basically, common allergies are those which affect people the most. These include pollen allergy, food, asthma, atopic eczema, certain drugs or medication, and skin allergies. Of all the allergens that cause an allergy, pollen allergy is the most common. If reports are to be believed, an estimated 40 million Americans suffer from pollen allergies which are also known as allergic rhinitis, hay fever, or seasonal allergies.

Rhinitis or hay fever (regardless of the term) is a condition which creates irritation and inflammation of the mucous membrane inside the nose and may sometimes lead to stuffy nose or runny nose or postnasal drip. Generally the symptoms of pollen allergy in people of any age may range from annoying to life-threatening. These include runny nose, itchy eyes, sneezing, congestion of the nose, and watery eyes. Moreover, when allergic people inhale allergens, the condition may lead to asthmatic symptoms.

Plants produce pollen grains that move from one plant to another of the same kind in the fertilization process. These are egg-shaped cells and nearly invisible originating in flowering plants. Most pollen causes allergic reactions which may come from trees, weeds, and grasses readily carried in the environment by insects or wind currents.

Where pollen is found and when they generate?

It has been stated already that pollen comes from grass, weeds, and trees. Of these, grass pollen is the most common seasonal allergy trigger. People are also allergic to tree pollen from birch, oak, ash, and walnut, sycamore, and cypress trees. It has been reported that most trees release their pollen early in the year. Then sometime between May and August, it is the turn of the grass to release pollen. In the late summer and fall, ragweed causes most of the allergy symptoms.

Some people think they are allergic to colorful or scented flowers like roses. Researchers have found that florists and gardeners may be sensitive to pollen because they have close contact with these plants. But, most people have little contact with the pollen grains of flowering plants because this pollen type is not carried by wind, but by insects like butterflies and bees.

Also read:Addison’s disease – Be Aware of it

If you come into contact with pollen and your body experiences an allergic reaction which leads to itchy eyes, sniffing, and sneezing, you might be alarmed. You need to consult an allergist who will perform a skin and blood test to find out the types of pollen that cause your body to release histamine.

Treatment includes medicines, as it is not always possible to avoid contact with pollen. Medicines including Antihistamines are generally prescribed by the doctors to control the symptoms. Antihistamines give relief to sneezing and itching caused by pollen allergy.

Physicians may also prescribe topical nasal steroids. These are anti-inflammatory medicines that inhibit allergic reaction. Moreover, physicians prescribe antihistamines along with nasal steroids because such a combination can be an effective way to treat pollen allergy if the reaction to pollen is moderate or severe. Topical nasal steroids can have side effects, but these are safe if taken as prescribed and for the recommended period of time.

Allergy shots are the newest available treatment for people suffering with pollen allergy. These shots have the ability to provide long-lasting relief, for several years, even after the medicines are stopped. These shots are given to patients as subcutaneous injections under the skin, as these contain concentrations of the pollen allergens to which the patient is sensitive.

It is recommended by the health society that people who receive benefits from allergy shots should continue taking the shots for 3 years. People who stopped taking the allergy shots after the prescribed time period of 3 years showed good results, whereas the people who did not stay the course experienced troublesome conditions.

Simple things to do for Weight Loss

Sticking to a weight-loss regimen is somehow a tough task because one needs to take in fewer calories and burn more. However, you can quickly shed pounds by following the… 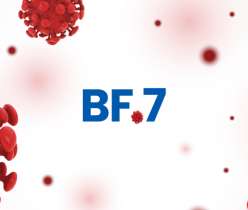 Due to the coronavirus, there is havoc in China because many people are dying there. The new and highly infectious Covid-19 strain Omicron BF.7, a subvariant omicron, has wrought havoc…