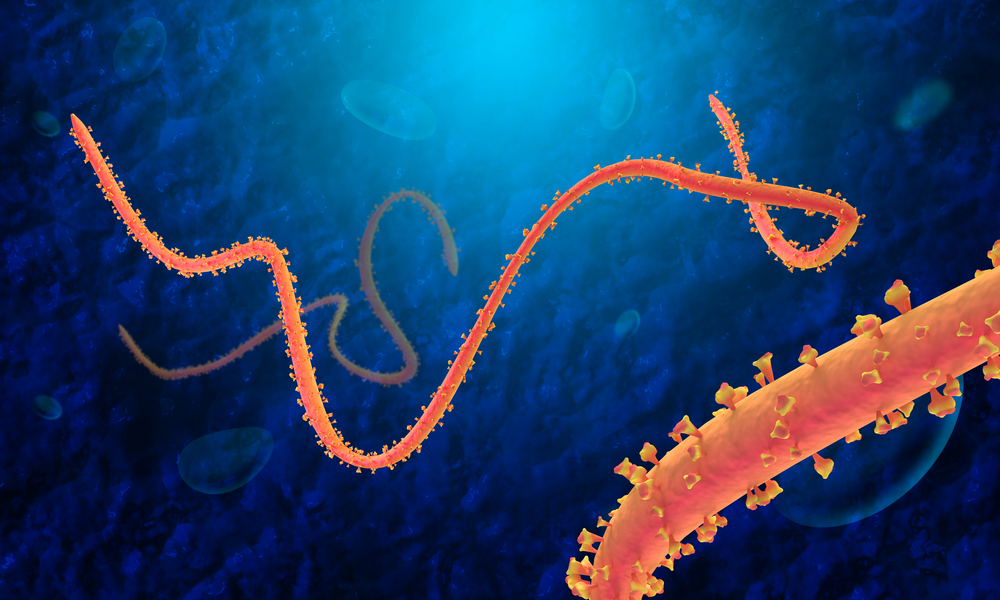 Earlier known as Ebola haemorrhagic fever, Ebola virus disease is a severe illness that is mostly fatal, with case fatality rates going up to 90%. Currently one of the world’s most dangerous diseases, the infection spreads through contact with blood or other body fluids or via tissues of infected people or animals. Patients who are severely affected by Ebola disease need intensive supportive care. In the face of an Ebola outbreak, those in direct contact with departed patients or unwell people—such as family members, doctors, nurses and other health workers—are at the highest risk of contracting the infection.

Ebola disease has the capacity to wipe out entire families and communities. However, it can be efficiently controlled through some protective measures that should be undertaken in community gatherings and clinics, and even at home.

In 1976, Ebola disease made its first appearance with 2 outbreaks in, one was in Yambuku, Congo and the other in Nzara, Sudan. Yambuku was a village near the Ebola River, and that’s where the disease got its name from.

Out of these 5 Genus Ebolavirus species, SUDV, EBOV and BDBV have been the cause of massive EVD outbreaks in Africa. RESTV is found in China and Philippines and while it can infect humans, no cases of illness or deaths have been ever reported.

Ebola spreads in the human population via contact with blood, body fluids, organs or secretions of infected animals. It is the handling of dead and infected animals such as fruit bats, gorillas, chimpanzees, porcupines and forest antelope from the rainforests that infects people in Africa. After the infection enters a human, it then spreads to the entire community via human-to-human transmission. Ebola transmission occurs from contact with blood, body fluids or organs of infected patients, via mucous membranes or broken skin. Ebola transmission could also be caused when a person is in indirect contact with an environment contaminated by such infected fluids. A common cause of Ebola transmission includes burial ceremonies for deceases patients where mourners come together and are in close contact with the dead person’s body. Another fact is that people who have made a full recovery from Ebola disease are also still capable of transmitting the Ebola virus for up to 7 weeks after recovery through their semen.
Health care workers are frequently in direct contact with patients with confirmed or suspected Ebola disease and in the absence of infection control measures, they contract the infection while treating their patients.

Those who are in contact with animals infected with Reston ebolavirus (RESTV) have been known to carry infections with no clinical symptoms. So, RESTV is not considered to be as capable of causing diseases as the other species of Ebola virus. However, this evidence is collected from healthy adult males. Before the matter of virulence of RESTV in humans can reach final conclusions, a lot of in-depth research is required. In the lack of enough studies, it would not be right to draw definitive conclusions about RESTV and its effects on different population groups.

Ebola disease, as already discussed above, is a severe viral illness. Some of the main symptoms of Ebola include severe weakness, fever, headache, sore throat and muscle pain. These symptoms of Ebola are followed by many others such as diarrhea, vomiting, rashes and impairment in liver and kidney functioning. Some patients of Ebola disease even suffer from external and internal bleeding. It can take anywhere between 2 to 21 days from the time of infection for the symptoms of Ebola to appear.
Lab studies have found out that infected people have low WBC count and low platelet count with high liver enzymes. For as long as a person’s blood and body fluids contain the Ebola virus, the person is infectious. After studying an infected man in a lab, it was found that the virus took 61 days to isolate from semen after the onset of his illness.

Several other diseases such as cholera, typhoid fever, malaria, plague, meningitis, rickettsiosis, shigellosis, relapsing fever, leptospirosis, hepatitis and other viral fevers need to be ruled out before the diagnosis of Ebola disease. These are the lab tests used to diagnose EVD:

All these tests need to take place under the highest degree of biological containment conditions as the samples collected from patients are a biohazard risk.

While many vaccines for Ebola disease are undergoing tests, no licensed vaccine is currently available for clinical use.
For Ebola virus treatment, patients are given oral rehydration solutions or intravenous fluids as people suffering from Ebola disease tend to get dehydrated. For those who are severely ill, intensive supportive care is required.

Prevention and control of Ebolavirus in animals Since there are no vaccines available for animals against RESTV, special care needs to be taken with domestic animals. For monkey and pig farms, routine disinfection with detergents such as sodium hypochlorite in necessary, along with periodic cleaning—this helps in inactivating Ebolavirus. If there is the slightest suspicion of an outbreak, the place should be quarantined right away. To avoid the risk of transmission of virus from animals to humans, culling of infected animals is important, and care should be taken when incinerating or burying the dead animals to avoid contact.

Reducing the Risk of Ebolavirus infection

Raising awareness about the Ebola disease and the risk factors of the infection is important since there is a lack of effective Ebola virus treatment or vaccine. People need to know the preventine measures that should be taken in order to reduce the chances of infection.
In places like Africa, where so many people are fighting the disease and most of them lose their lives, it is important to spread public health messages. Some of the risk reduction factors that should be focused on include:

Since initial symptoms of Ebola take some time to appear, it is not possible to identify if a person is infected or not at first. This is why health care workers need to follow standard precautionary measures with all their patients, whether they have been diagnosed with EBV or not. Washing hands, respiratory hygiene, use of protective gear, safe injection practices should be practiced in clinics and hospitals at all times to avoid any contact with infected materials. When in very close contact, stay just 1 meter away from the patient and use face protection measures such as a medical face shield and goggles, along with clean and long gloves.

Lab workers should also use control measures as they are at risk of contracting the virus since they work with samples of suspected Ebola patients. A well-equipped laboratory with suitable control measures and trained staff is important.

Please share this blog with your friends and family to raise awareness on Ebola. Also, post comments in case you have any queries. 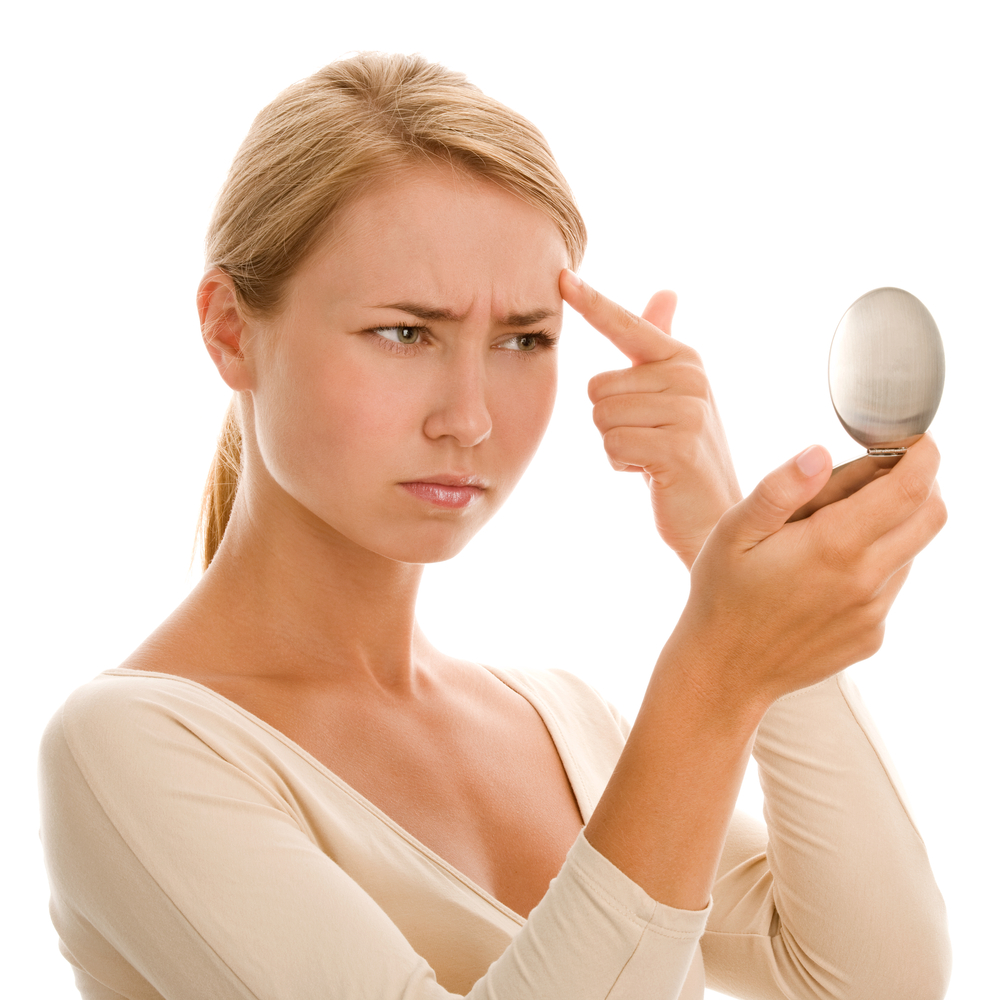 Acne breakouts occur because of alterations made to the daily routine. Changing shampoo, face creams, and soaps can be the causes for acne breakout. 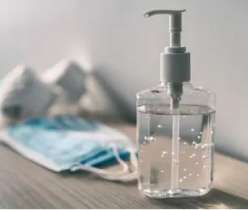 How Do I Protect Myself From Coronavirus?

Governments across the countries have implemented various protective measures to protect you from coronavirus. Experts agree that washing hands frequently with soap and covering face are some effective measures that…