Down syndrome is a genetic disorder that contributes to mild to serious physical and developmental issues. People with Down syndrome are born with extra chromosomes (bundles of genes). Our body relies on having just the right number of them. The syndrome with an extra chromosome brings a variety of problems that affect you both mentally and physically. People with Down’s syndrome suffer lifelong. Although the condition can’t be cured, doctors and experts know more about it now than ever. If your child is dealing with a condition, getting the right medical help early on can make a huge difference in helping them live a meaningful life. Medical support helps increase down syndrome life expectancy.

Symptoms of Down syndrome

Down syndrome symptoms are different for each people living with the condition. Some will grow up to live almost independently, while others depend on others who care for themselves. Mental abilities vary from person to person, but most people with Downs syndrome experience mild to moderate issues with thinking, understanding, and reasoning. They will learn new skills their whole lives, but they may take longer to learn the most important skills like talking, walking, and social skills.

All people with Down syndrome tend to have the following features in common:

Many people with the condition don’t have any other health problems, but some experience them. Commonly reported problems are heart problems and trouble seeing and hearing.

Delayed developmental and behavioural problems are often reported in children with Down syndrome. Affected kids can have growth problems, and their speech and language may develop later and more slowly than children without Down Syndrome. Additionally, the speech of the affected children may be difficult to understand. Behavioural problems include obsessive/compulsive behaviour, attention problems, tantrums, or stubbornness. Very few affected people are also diagnosed with developmental conditions called autism spectrum disorders, which affect communication and social interaction.

In general, we humans have 23 pairs of chromosomes in each cell. One chromosome of each pair comes from your mother, and the other one from your father. But something goes wrong in people with down syndrome, and they get an extra copy of chromosome 21. This means every body cell has three copies of chromosome 21 instead of the usual two copies. The condition is often referred to as Trisomy 21. There is still no evidence of why this happens. There is no link to anything in the environment or with the parents.

While doctors still don’t know the exact cause of the condition, they know that women 35 and over have a higher chance of having a baby with Down syndrome. If a parent already has a child with Down syndrome, they may be more likely to have another one who has it as well.

It is rare but possible to pass Down syndrome from parent to child. According to experts, sometimes a parent has translocated genes, which means some of their genes are not present at their normal place, perhaps on a different chromosome from, they’d usually be found.

The parents do not have Down syndrome because they have the right number of genes, but their child has, which is called translocation Down syndrome. Not everyone with this type of Down syndrome gets it from their parents. This may also happen by chance.

Down syndrome is a chromosomal disorder linked to intellectual disability, a characteristic facial appearance, and weak muscle tone in infancy. All affected people experience cognitive delays, but the intellectual disability is mild to moderate. There is no specific treatment for people with Down syndrome, but there is a wide range of physical and development therapied specially made to improve people’s health. Down syndrome awareness is essential; the earlier you start, the better the result. Each and everyone will have different needs. Some may benefit from physical, occupational, and speech therapy. In addition, some programs offer job training and teach self-care skills. Parents will also work closely with their child’s doctor to monitor the condition and manage associated health problems. All this helps to increase Down syndrome life expectancy.

Spring: A Season of Health

With spring break around the corner, you just want to celebrate by breaking free. You want to break free from your monotony at school and college and try something you’ve… 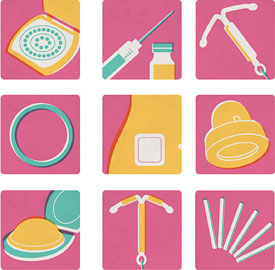 What do we really know about Contraception?: Unleashing 7 Surprising Facts and Myths.

Preventing pregnancy, while ensuring the fire in your bedroom doesn’t fizzle out is a challenge faced by couples across the globe. Sometimes even after undertaking utmost precautions, nature does tend…