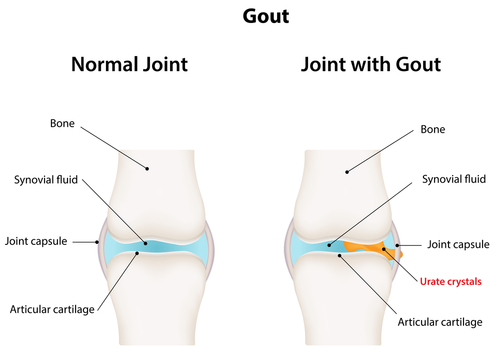 As people age the possibility of their becoming prone to various health conditions increase. Gout is one such physical problem. Reports have suggested that between 1- 2% of the Western population may get affected by gout at some point in their life.

Gout is a complex form of arthritis, which is often characterized by sudden and severe attacks of pain, redness and tenderness in joints. The joints here mean the joint at the base of the big toe. Basically, gout can affect anyone, though research has shown that men are more prone to gout than women. But, reports have claimed that women become susceptible to gout after menopause.

Gout causes an acute attack that can wake you up in the middle of the night. You wake up with the sensation that your toe is on fire. This condition generally happens when there is a buildup of uric acid crystals in joints that causes sudden attacks of pain, swelling, and redness. When you are in the grip of this sensation even the weight of the light quilt on your joint may seem intolerable.

Production of excess uric crystal levels in the blood is the main cause of gout. This condition may occur due to a number of reasons, including diet, drinking alcohol (especially beer), seafood, or taking medicines like aspirin or some diuretics. There are other causes of gout including genetic predisposition or under excretion of urate – the salts of uric acid.

There are a number of serious complications associated with gout. These include:

Before recommending any treatment option, your physician will perform certain tests. These include:

Gout treatment usually involves medication. The medication depends on the state of your current health and your own preferences. Medication for gout is used to treat acute attacks and to prevent future attacks and aslo reduce complications of gout like development of tophi from urate crystal deposits.

Medications to prevent the complications of gout:

Below are various medications that may be recommended by your physician to reduce the risk of gout-related complications. These are as follows:

Long association with an unhealthy diet is the main cause of gout, particularly over indulgence of seafood, meat, and alcohol. The gout diet given here can help you maintain healthy weight and avoid several chronic diseases:

Also read: How to Improve The Immune System With Best Foods! 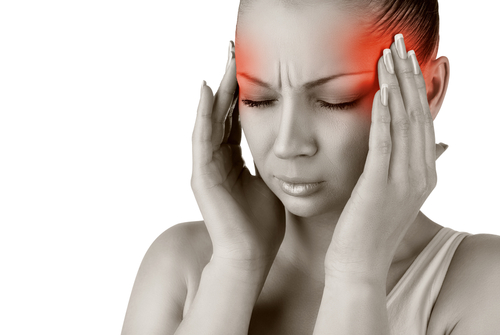 Migraine is a neurological disorder which is characterized by recurrent moderate to severe headaches. This condition is often associated with a number of autonomic nervous system symptoms. Migraine attacks can…

June being the Hernia Awareness Month, this blog is meant to educate you on hernias, their effects, causes, and more. You must have heard about them and we’re sure you…