Scientists have found a powerful connection between diabetes and sleep quality. Diabetes patients often suffer from sleep issues. Furthermore, lack of sleep can increase the risk of developing diabetes and worsen the symptoms for someone who is already struggling with the metabolic disorder.

Is Diabetes associated with sleep? If yes then how?

Numerous researches have observed a link between sleep quality and diabetes. Sleep is necessary for healthy functioning of the overall body. Inadequate or lack of sleep has been associated with health complications, but one of the most serious health consequences that come with disrupted impaired or poor sleep is an increased risk for diabetes mellitus. The link between sleep and diabetes is complicated, and investigations are still going on to understand how exactly sleep and circadian rhythms affect diabetes patients. It is believed that sleep has a strong bond with metabolism or hormones that regulate appetite and eating patterns and with the body’s use of blood glucose and insulin.

What is the importance of sleep for strong metabolism?

Sleep is necessary for restoration and repairment of the body at a cellular level. That includes maintenance of the immune system and body’s metabolic functions. Deep sleep appears to be essential to the body’s ability to use insulin to regulate blood sugar. Poor sleep has a great impact on the health of the diabetes patients. An impaired sleep affects diabetes directly or indirectly by triggering hormonal changes contributing to obesity, lifestyle changes, and change in the behaviour.

Sleep disturbance and associated risk need a lot of focus. According to research studies, people who complained of not getting enough sleep are roughly two times more likely to be diagnosed with Type 2 diabetes.

What reports of research data say?

Over the past several decades, There has been a significant increase in the number of people with chronic sleep deprivation, diabetes, and obesity. We cannot consider it a coincidence, the rise in these public health issues appears to have a connection.

Not getting enough sleep is not the only issue that is causing an increased risk for diabetes. According to scientific research studies, in addition to a lack of quantity, poor sleep quality may also interfere with the body’s metabolism and associated functions.

Is Poor sleep interferes with blood glucose and insulin?

According to the recent discoveries, it has been revealed that poor sleep changes how the body produces and uses insulin hormone. Insulin helps to absorb glucose from the blood to be used for energy; This is the way insulin regulates blood glucose (sugar) helping maintain glucose homeostasis that is neither too high nor too slow. Insulin hormone allows glucose to exit the blood and enter cells. Cells can become resistant to insulin and make them less able to absorb glucose from the bloodstream. This may cause the increased sugar level, which triggers the body to increase insulin production because of high blood sugar. In some cases, less insulin production, which may also result in high sugar. Over time, constant high sugar and lack of insulin production can give rise to type 2 diabetes. While in the case of Type 1 diabetes, an individual’s body is unable to produce insulin naturally and is also affected by sleep. Along with quality sleep, Bigomet 500 mg can help prevent diabetes. 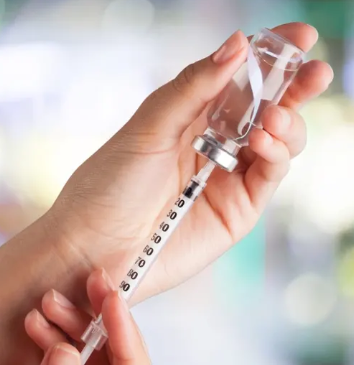 The evil actions of insulin in your body can make you fat and diabetic. If you are looking for ways to improve insulin sensitivity than you have turned on to… 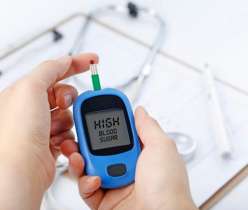 Managing Type 2 diabetes can be tough, especially if you are taking metformin and finding that it is not doing enough to balance your blood glucose level. Combining metformin with…