Vegan or plant-based diets are growing in popularity among the youth, especially teenage females. It constitutes a diverse range of dietary patterns that emphasize foods delivered from plant sources and lower consumption or complete elimination of animal products from the diet. Overall, a predominantly plant-based diet, low in salt, added sugars, and saturated fats, are recommended as a part of a healthy lifestyle. Such diets are associated with a lower risk of premature mortality and protect against non-communicable diseases. However, a strict plant-based diet also increases the risk of micronutrient deficiencies such as iron and vitamin B12. Therefore, it is best to consult a dietician or a nutritionist before introducing a new dietary regimen or a vegan diet to your routine. Continue to learn more about the benefits of a vegan diet.

As per data suggested by the world health organization Europe (WHO), non-communicable diseases are responsible for 41 million death a year globally. Out of these, 80% of deaths are due to the four most common non-communicable diseases- cardiovascular disease, cancers, respiratory conditions, and diabetes mellitus. It is also estimated that globally, one in every five adult deaths is associated with an unhealthy diet.

Low vegetable and fruit consumption is associated with poor health and increased non-communicable disease risk. According to current research studies, high fruit and vegetable intake is linked to lower stroke risks and heart complications. This study suggests consuming at least 400 gm of fruits and vegetables daily. Overall, evidence suggests that vegan food protects against heart diseases. You can include a variety of vegan recipes and vegan dishes in your daily routine to fulfil your body’s requirement for essential nutrients.

Health benefits of a vegan diet

As mentioned above, vegan diets are usually higher in dietary fiber, folic acid, magnesium, iron, vitamin C, vitamin E, and phytochemicals, and they tend to be lower in calories, cholesterol, saturated fats, vitamin D, omega 3 fatty acids, zinc, calcium, and vitamin B-12. As per studies, vegetarians typically enjoy a lower risk of cardiovascular health problems, obesity, Type 2 diabetes mellitus, and some types of cancers. A plant-based diet appears useful for increasing the consumption of protective nutrients and phytochemicals and minimizing the intake of dietary factors implicated in several chronic disorders. In a recent research study, different plant groups were rated concerning their metabolic epidemiologic evidence for reducing the influence of chronic diseases. As suggested by WHO, cancer risk reduction is associated with a high intake of fruits and vegetables .

Several researchers noted that those who consume vegan protein sources tend to be thinner than other vegetarians and have lower cholesterol and blood pressure. Studies also showed that blood lipids and body mass index or BMI were significantly lower in American vegans than in other vegetarians. Because obesity is one of the major risk factors for cardiovascular health disorders, a lower mean BMI was observed in people following a vegan diet. It is an important protective factor for reducing blood lipids and heart disease risk.

A vegetarian diet offers a variety of cancer-protective dietary factors. A report by an Adventist health study suggests that nonvegetarians had a substantially higher risk of prostate and colorectal cancer when compared to vegetarians. Additionally, obesity is a significant factor, increasing the cancer risk at several sites. As the mean BMI is considerably lower than that of nonvegetarians, it may also be a crucial protective factor for reducing cancer risk. Those who incorporate plant-based meals in their diet consume more legumes, fruits, vegetables, tomatoes, fiber, allium vegetables, and vitamin C. All these foods and nutrients are protective against cancer. Furthermore, fruits and vegetables are described as protective against cancer of the mouth, lungs, stomach, and oesophagus, whereas regular consumption of legumes protects the stomach and prostate cancer.

The bone health of humans depends on more than just calcium and protein intake. Studies have shown that bone health is also influenced by nutrients such as vitamin K, vitamin D, magnesium, potassium, fruits, vegetables and soy products. Began diet does well in offering a number of those important substances.

Recently, vegetarian diets have experienced a sharp increase in popularity. The vegan diet has many benefits because of its higher fiber content, vitamins (majorly C and E), folic acid, magnesium, potassium, and many photochemical and fat content that is more unsaturated. Vegan diets tend to carry less saturated fat and cholesterol and more dietary fiber than other vegetarian diets. Those who follow a vegan diet tend to be thinner and have lower cholesterol and blood pressure, reducing their risk of cardiovascular health issues. 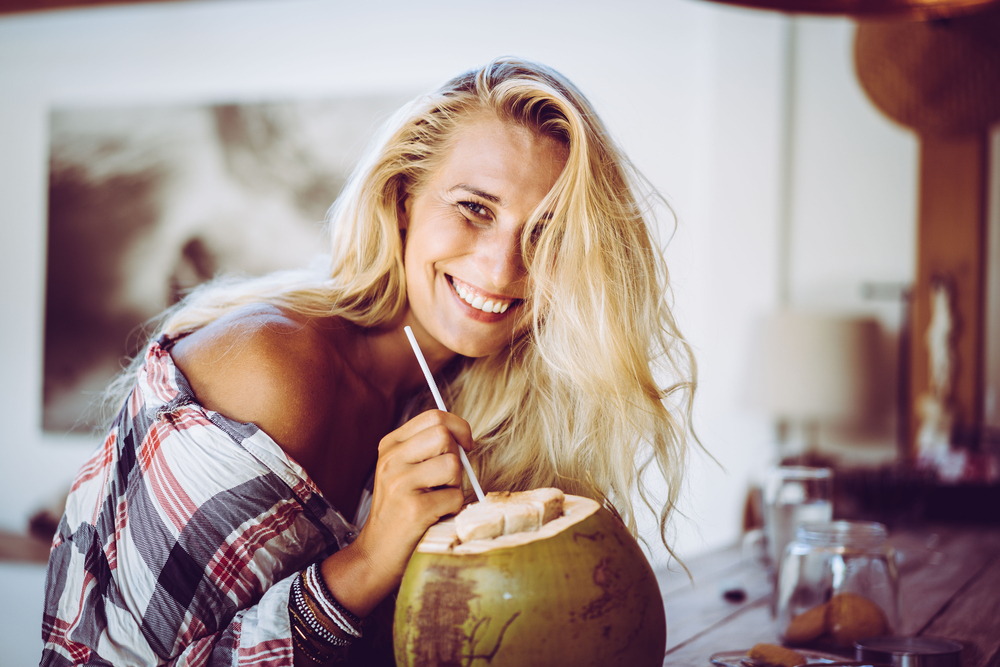 Diet for a Productive Work Day

A variety of studies suggests that there is a direct link between diet and workplace productivity. The study shows a clear connection between what an employee eats and the amount…

Exercise During Summers – Tips To Make It Easy

It is not even the middle of the summer season yet, and the temperature is still soaring high. But this should not be an excuse to skip your regular physical…